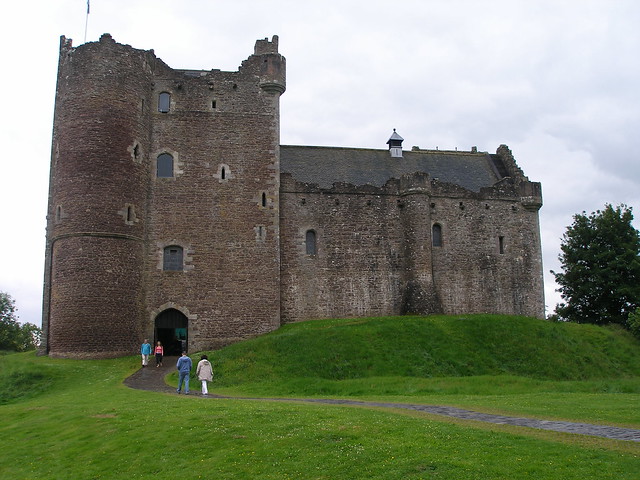 Today in class I continued our discussion about tourism, the tourist, the supply/value chain, and started in on place attachment for our guests, and then the tourist organization develop and promote a destination.  This will lead into tourist motivations, and economic and socio-cultural impacts of tourism on a destination.  For this post, let me again dive into Scotland, and use Outlander as an example.

As I stated in a previous post, throughout the ages, storytelling has been an intricate part of tourism development.  19th century authors like Scott, Stevenson, Burns, Barrie, and their modern-day counterparts, Rankin, McDermid, Banks and others, and even US writers like Canham, and Gabaldon have created literary works that use the landscape of various destinations, most notably Scotland, as a secondary character.  Landscapes figure heavily in the development of their characters.

If anyone understands the process of writing, research is a must.  Joseph Campbell’s life work was understanding the intricate nature of mythology in all cultural realms, and how storytelling was developed to communicate those unique nuances.  His Hero’s journey explains to a certain extent how we move through the landscape, the three environments. That is the socio-cultural, economic, and natural/physical (man-made) environments, and how they shape our behaviors. 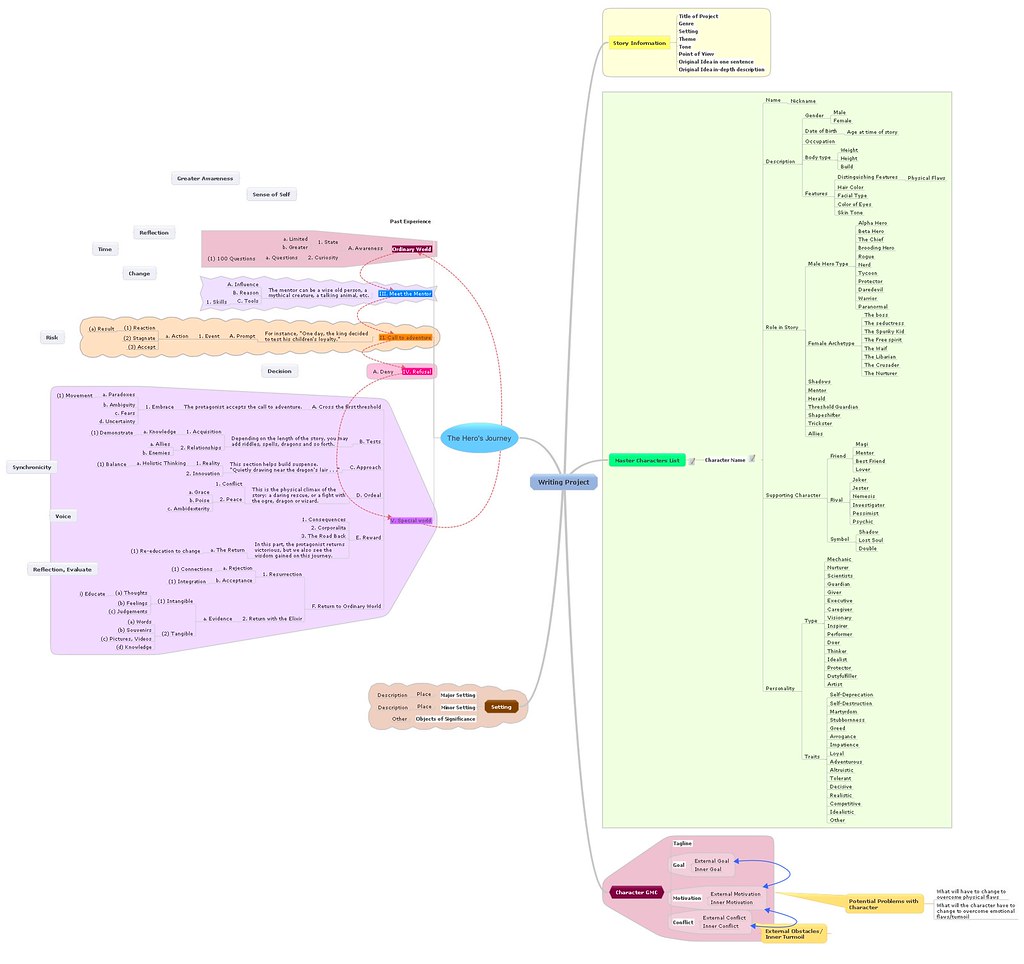 The Writing Project by Lost in Scotland, feature the Hero’s Journey as developed by Vogler, and Campbell

The Grand Tour has been around for centuries, long before its commercialization in the early, and middle 19th centuries.  It really had its origins well before the 16th century, if we care to argue that point.  The form and function were different, but still an idea that evolved as society evolved.

So, back to understanding place attachment, and really authenticity, because I spent a lot of time covering those two aspects in class.  Place attachment really is about understanding ‘place’.  Whether you travel for business, or hedonistic reasons, place figures prominently in any decision-making.

I can’t explain this any better than by using stories.  As a child, young adult, I wasn’t the one that had posters on my wall of the latest and supposedly greatest rock star, or bands of the day.  I had maps from Nat Geo.  I would covet them from the magazine well before my history teacher of a father could garnish them and take them to school.  I studied them and the magazine.  And I fondly remember being enthralled when examining the pictures.  They are what hooked my eyes, drew me in to explore, and read.  I’m sure there was an article featuring Scotland in those days, and I was drawn by the mystical nature of Glencoe Pass, or Eilean Donan Castle.

To date, I don’t think genealogy figured into that first ‘hook’, though today it does since I can now trace my lineage back to the early King’s of Scotland, and several noted historical figures…I was more hooked by the pictures, than the words, the surreal beauty, hungry to know this place, to know how to take such pictures.  If I was 9 years old, and had received my first camera, then yes, I wanted to be the next Ansel Adams, and that is the place I wanted to take pictures.  (And yes, Ansel Adams was on my wall too).

Fast forward to now, and what I’m trying to convey.  That evolution of thought on my part, the evolution of my understanding, and immersion in a certain place developed my sense of place, my place attachment, and therefore the variable that is place.

Why do we have this intangible understanding that we need to be some where?  What is it that draws one to a country other than their own, and feel a need to visit?  What is that ache that draws you to a destination, and makes you want to stay?  We can and can’t articulate place or sense of place very well, because it evokes an emotional response that makes us do something.  Creates an action in us all to move.  Even to migrate to and live.  I lived in Scotland for almost seven years, and if someone would give me the opportunity, I would move back there in a heartbeat.

And film, tv figure in that game.

We read books, we ready magazines, and watch films.  We immerse ourselves in our hobbies, our other needs and wants, and develop a sense of identity, a sense of self by extending our understanding, and range of exposure.  We gather tidbits, and trinkets about these stories.  We gather other people around us with like interest, and listen to their stories about their adventures, which may include visitation to the destination depicted in the story.  Okay, I will freely admit, I have read Outlander by Diana Gabaldon.  I enjoyed the first and have read about three of the books, maybe four.  I started back in 1992/3, well after my love affair with Scotland started.  My first real foray into literature with the landscape of Scotland as a character was Scott, Burns, and Stevenson.  And then Marsha Canham’s, The Pride of Lions.  Alright, so I like romance novels, and action.  All of these authors hit on my need and want for excitement, and a bit of sexiness.  Heck, the landscape is sexy.

I couldn’t get into more of Gabaldon’s books because life happened.  I had plans, and well I have to say, her research was flawed in that first book (that she has supposedly fixed) and that irked me no end.  Especially, after I was conducting my own research later on as a Master’s student and PhD student.  The books lost a bit of the luster it had once I found those parts.  After my first visit to Scotland in 1993, and a kind, petite elderly lady encounter in a garden in Inverness, I had to make it back permanently to Scotland.  As the lady told me, “Ye need to return again.  Scotland needs ye.”  Don’t ask, but I had chills for days after that meeting.  Being compared to a ghost is not to my liking, and that is another story altogether.

So back to place, sense of place, and place attachment.  I knew from that first visit to Scotland, I was, using the old Scots vernacular, ‘hame’.  It ticked all the boxes, and I felt a certain attachment, link to the land and the people.  I can’t explain it.  And that is what destination marketing does.  It takes all these elements, these pictures, sounds, emotions, and develops promotional material to aid you in realizing this connection.

Heck, Outlander, the STARZ show, adapted and based on Gabaldon’s books, illustrates a time-honored tradition.  Thomas Cook, whether he realized it or not, and subsequent writers, and tourism suppliers have created hooks to draw you in.  To connected you with the place, the landscape depicted in the books.  Even VisitScotland is on the bandwagon, connecting the dots, the supply chain, marketing, and creating itineraries that take in the tv filming sites for tourist.

Blackness Castle by Lost in Scotland

Blackness Castle used as a film/tv set for Outlander

They are creating an experience, even though that representation might not solidify with the actual truth of a people.  History has been muddied by more than one historical fiction writer, this writer included, though most ardent authors will stay to the facts, and twist them into their own reality.  Too many readers will catch them out if they don’t do their homework as I did with Gabaldon’s first edition.  I love maps, and don’t get me started on the map in the latest edition of Outlander that has Culloden in the wrong place.  But that’s my hang-up and not lose sight of the enjoyment.

But the people who inhabit a landscape are shaped by that landscape.  On Wednesday, I get to speak to two geography classes about Scotland and the landscape.  How the topography of the land more than helps to influences the development of a culture, of a society.  The history of Scotland and its people are more than just tied to the land, the land helped to meld and form the culture.  The variety of that culture is tied to the division of land and its markers.  Now, today the Scottish people would be affronted by the way I have explained that.  Yet, the Highlands, and the Highland culture have their nuances, as compared the Borders that were highly influenced by their neighbors to the south, England.

To explain more would take more than one blog post, and I am again diverging onto another tangent.  Let me suffice in way of explanation, that the land defines a nation.

We wouldn’t have the iconographic representations of Scotland, the souvenirs based on certain elements if it wasn’t for the land, and the resources one could exploit.  Think sheep, think wool, think the process of making that wool, think plaid, think tartan, and that leads us to souvenirs.  Souvenirs, whether commercial or otherwise (think of the sea shells you pick up on the beach, or the rock you pick up in the national park), they are private representations of a hedonistic past time.  They relate back to that experience, and a tourist want to be able to relive their past experience.  Outlander has a shop online for the fans to dive further into the show, and such.  Even purchases that are latent or after the fact.  Recently, I indulged my love for Scotland by ordering back bacon (bacon sarnies) and Balmoral smoked salmon from my favorite shop, and even purchased a Jacobite era glass that is a historical rendition of the ones used during the mid-18th century.

Jacobite era glass inspired from Outlander, but more so from the historical time period.

So in tourism, place, place attachment, and sense of place has a host of meanings.  The question I left with the students though now is authenticity, and how we define it now in a modern world.  What is truly an authentic experience anymore?  Has it changed.  And what about heritage?  Historical tourism…Good questions for next time.