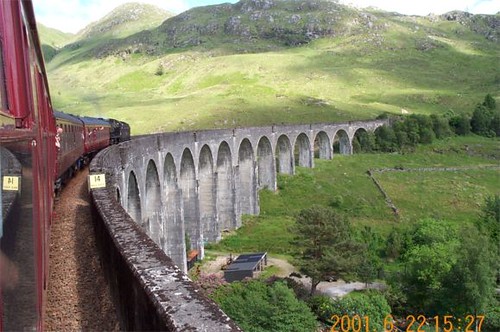 We have been talking attractions in Tourism (HT100), and in hospitality, will be delving into singular entities of the industry (like hotels, resorts) that make up a part of the man-made or physical landscape.  What is landscape?  How does it define us as tourist?  How does it define tourism as a whole?  Is it a motivator?  Is it a supporting character?  Does it stand on its own?  These are all valid questions.

Landscape has variety of definitions.  Weir (2002), ( In Mike Robinson and Hans-Christian Andersen (Ed.) 2002, Literature and Tourism: Essays in the Reading and Writing of Tourism. London: Thomson) expounds hints at this variation with regards to literary tourism.  Landscapes are those within the vision of the writer.  For instance, JK Rowling in her successful Harry Potter series, recalls:

Although J.K Rowling already brought three completed chapters with her when she relocated to Edinburgh, I strongly believe it was Edinburgh’s charm that further influenced the world of Harry Potter. After all, as the age-old saying goes, a writer only writes based on an extended version of their experiences (http://www.thetravelpop.com/harry-potter-and-the-edinburgh-connection/)

Furthermore, VisitScotland has a page devoted to the landscapes created within the Wizarding World of Harry Potter.

The magical world of Hogwarts with its spectacular Gothic architectural features set against sprawling rural surroundings has an unmistakably Scottish feel to it. The Scottish Highlands therefore provided the perfect location for production crews to recreate the magic of Hogwarts and the Harry Potter books on camera. The beautiful landscapes surrounding Hogwarts were filmed in the picturesque Glencoe and the school’s spellbinding quidditch games were brought to life against the mesmerizing backdrop of Glen Nevis(http://www.scotland.cn/features/scotland-and-harry-potter)

People are motivated to connect with the mind of the writer.  To find that part of the story they played upon their heart-strings.  One such for me was the Hogwarts Express and how it meandered through the Scottish landscape.  I recognized the viaduct that the train traveled over.  I had to find that train, I wanted to experience what the characters were feeling.  Was there a train?  Yes, there was.  It is called the Jacobite Steam Train and it runs from Fort William to Malliag.

It runs that famous route you see in the each of the movies, in one form or another. You feel the magic, your heart aches at the green scenery passing by your window.

One of the most memorable moments in the movie series is the stunning journey of the Hogwarts Express from London to Hogwarts, seen at length in Harry Potter and the Chamber of Secrets (2002).  This scene was filmed on a real steam train route across the epic Highlands — visitors to the region can recreate the same journey as their fictional heroes if they jump aboard the Jacobite train and travel from Fort William to Mallaig over the iconic Glenfinnan Viaduct. The route has been voted twice by Wanderlust Travel Awards as the most beautiful train journey in the world (http://www.scotland.cn/features/scotland-and-harry-potter).

Yet, there is more to the landscape than the literary sense.  Landscape is about the natural beauty, and the human built world.  It is about the rural, urban and city landscapes.  These landscapes influence the evolution of society.  No one can’t argue that our thoughts, our beliefs, our cultural centrism is not developed by what happens around us.  Weir gives us quiet the adjectives.  He states:

“Landscapes may on the one hand be taken as a given, a primordial element, a set of natural facts or a backdrop against which events occur, the result of processes, which exist or pre-existed before the intervention of man (2002:119).”

So landscapes is more, it is an interweaving of elements, tangible and intangible that gives meaning to events, to culture, to actions. Yet, how do they related to sense of place, authenticity and contrived aspects is another story…